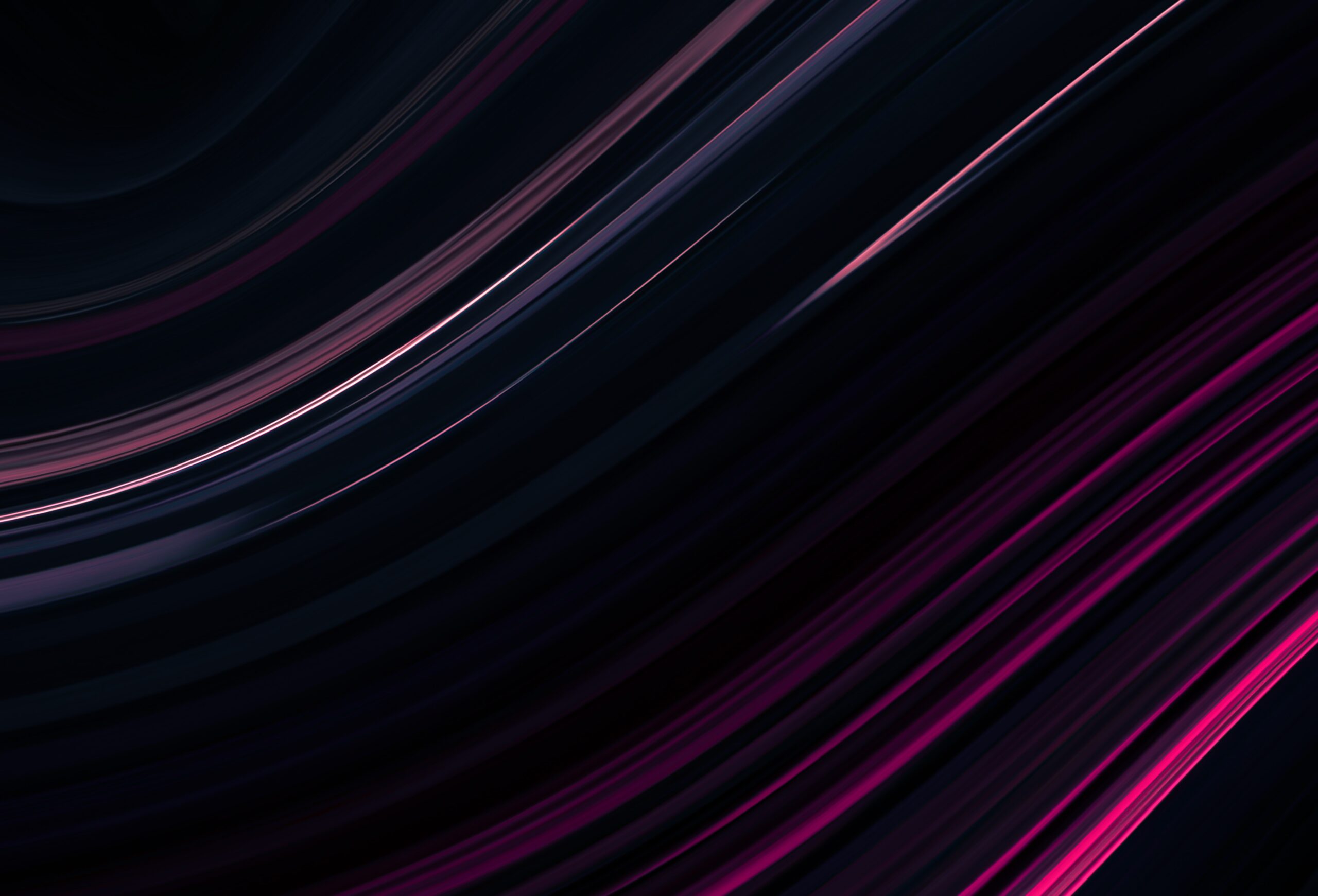 Have you been co_awaiting the next post about the coroutines? Well after some break from writing finally it’s here.

So first of all, if you are reading this post, I assume you are already familiar with the to the coroutines and description of the promise types, since this is just a continuation of a series of the posts about the coroutines. At least you should know by now how to create your own coroutine from scratch and how to communicate from the coroutine to the caller (co_return and co_yield implementations). Specifically, you should know about the Promise concept.

This time we will be mainly talking about the Awaitable and Awaiter concept and co_await operator, but we will also explain one more thing from the Promise concept, namely, the await_transform function member. Once you know all those things, you will be able to implement any coroutine you imagine. That’s good news, isn’t it? 🙂

So let’s get to work.

Some of you, that have already faced the coroutines from different languages might already know what we are going to talk about in this post. From all the things we have already said about the coroutines, we still do not know how to actually communicate with the coroutine from the caller to the callee. Concrete example: we want to resume the coroutine passing some value to it. With the knowledge from the previous posts, we cannot achieve that.

We cannot because we do not know about the co_await and Awaiter in detail, but first, we need to know about

So there is something magical about the co_await operator. Right now we know, that you can call it with the suspend_never and suspend_always operands, but how this works is actually a bit of magic. We will be explaining the magic in this section.

As I have mentioned in the previous posts, the suspend_always and suspend_never are types, that fulfill the Awaitable concept. The awaitable is needed for us only to get the object, that fulfills the Awaiter concept.

We can get the Awaitable object in two ways:

gets transformed to this:

where p is the object of the Promise type.

Also the await_transform function lookup and transformation will not take place if the expression is initial suspend, final suspend and also if expression is produced by the co_yield statement.

so now the question what is actually co_await operator doing

The co_await operator is actually responsible for two things:

Now let’s see what kind of the code is generated by the compiler. Whenever compiler encounters occurrence of the co_await operator it generates the or less following code:

Even though the code is quite complex we will manage to figure out what is happening in it.

So first of all the Awaiter’s await_ready function member indicates whether the “thing” we are awaiting is ready or not. If it is (await_ready returns true), then there is not much that the program does. We just jump to the resume_point and the result of the co_await expression is whatever await_resume returns.

When the await_ready function evaluates to false, however, there are three things that need to happen:

Just after the coroutine suspension, await_suspend is evaluated to decide where the control flow should go to.

The await_suspend expression is of the following form:

The await_suspend function can return:

We might also decide inside the await_suspend function to continue execution of the coroutine. For this exact purpose, there is the option for the await_suspend function to return a boolean value. If the value evaluates to true, then the result is the same as if the void returning version of the function was called. Otherwise (if the function returns false) the coroutine is immediately resumed and control flow is not returned to the caller. The resume point is the resume_point label from the code example above.

The last thing we can do is to give control flow to a different coroutine. To do that we should implement the version of the function, that returns coroutine handle to another coroutine. This option, at first sight, is missing the possibility to give control back to the caller, or resume the coroutine immediately and go to the resume_point label. You can achieve the return to the caller behavior by returning std::noop_coroutine_handle (it can be created by the call to the std::noop_coroutine function). Similarly, you can achieve the resumption to the current coroutine you are in by returning the handle to that coroutine (in other words return the argument of the await_suspend).

You might be curious what will happen when an exception is thrown in the await_ready or await_resume functions. In those cases, the functions are called as a part of the active coroutine so the exception would be thrown as in any other function called inside the coroutine.

If the exception is thrown in the await_ready function, then the coroutine is not suspended at all. Neither the await_suspend nor await_resume functions will be evaluated.

On the other hand when the exception would be thrown inside the await_resume function, then both await_ready and await_suspend functions would be evaluated (await_suspend would be evaluated only if await_ready evaluates to false) and all the consequences of their returned value would be visible. The co_await expression, on the other hand, wouldn’t have a result value, speaking of which…

The value, that is finally returned from the co_await expression is the result of the await_resume function.

The legendary flexibility of the C++ language is confirmed also in the coroutine feature. Not only you can implement your own coroutine on the low level. You can also customize the creation of the Awaiter on two levels:

We were already talking about the await_transfrom function, so now let’s talk a little bit about the co_await operator.

First, let me explain. You cannot change what kind of code does compiler generate when it encounters a co_await operator, defining custom co_await operator will only modify the way, awaiter object is obtained.

Custom co_await operator can be defined as a freestanding co_await function, that takes the awaitable as the argument or as a function member of the Awaitable type.

In case the co_await operator is defined the Awaiter is obtained as follows:

if there is no operator co_await inside the awaitable, then the function is being searched and awaiter is acquired like:

If there is no applicable co_await operator found, then awaitable becomes our awaiter object in following way:

So as you can see there is a lot of things that are going on. Please read it twice or more if you need to understand it. Once you get the clue of what does co_await operator do, let’s see how we can implement some awaitables.

Let’s start with the simpler type.

Let’s have a look at the source code, that implements the suspend_never type:

Implementations of the suspend_always and never are actually specified by the standard. The way suspend_never works is, that await_ready always returns true. If we say, that awaitable is ready, then there is no need to perform any more computations, thus the implementation of the await_suspend will have no impact since the function will never be called (it must be defined though for the compilation process to succeed). The await_resume function returns void, so the result of the co_await expression will also be void.

We implemented the most simple awaitable, now it’s time for something a little bit more complex and we will implement suspend_always.

Suspend_always always suspends the coroutine, thus the await_ready() function cannot return true. If it cannot return true, it must return false :).
The await_suspend could be implemented as returning void, boolean with value true, or can return noop_coroutine_handle. Any of those three values will cause coroutine to suspend and return to the caller.

The operator called on the suspend_always object will also result in void return type, so the await_resume needs to return void.

Summing this all together, we might get following implementation:

This is actually how standard says, the suspend_always should be defined. If it’s about the await_suspend, its simplest form is used.

So the state machine I implemented was actually a state machine, which was waiting for two clicks of the mouse button and then the file was opened. The coroutine looked like the :

What can we see in the implementation:

We do co_await on some new type. We hope that the result of the co_await this_coroutine::signal{} will be the signal passed to the coroutine. We will see in a second what implementation is needed to achieve this kind of behavior.

We can also see, that two subsequent signals of LEFT_MOUSE clicks will result in co_return returning a to the file.

At the same time, we can see, that there is no need to suspend the coroutine at the beginning of the function since this will make StateMachine API more complicated.

Having said that we can start implementing our StateMachine type and the promise_type.

Ok, so we have got an API and its implementation of the StateMachine type. This type is templated with two other types. The first type will be the type of the signal, that is sent to the state machine, the second is the type returned from the state machine once it ends.

We make the copy of the StateMachine impossible, but move is allowed.

As we have mentioned Awaitable is the expression, that is an argument of the co_await operator. From the coroutine body we can see, that, the signal{} is our awaitable. Its implementation couldn’t be simpler as it’s just:

Of course, it is not enough, because we also need to have some object, that fulfills the Awaiter concept. In our case the type looks like the :

In this case, the SignalAwaiter is part of the promise_type, implementation is as follows:

The promise type contains the recent_signal, that has been sent through the StateMachine object. and the optional returned_value, to store the result of the coroutine once one goes to its end.

In case of the , we are just throwing the exception further to the caller/ of the coroutine.

On the co_return we need to save the returned value into our promise type, to be able to refer to it from the StateMachine type.

Simple test of the StateMachine

We can test the behavior of the coroutine with following code:

The test is pretty straightforward and you can play with it. If you wonder about the milli::raii, then it’s the type defined in the library of mine – milli. Right now it’s not production ready yet. The raii thing makes one thing – invokes the given lambda once the variable goes out of scope. This causes, that file will be properly closed once the main function finishes.

The thing that is to be noticed is, that the StateMachine is a very simplified example of what coroutines are capable of. I.e. we cannot execute co_routine in a different thread and send signals from another thread, since the implementation is not thread-safe and execution starts immediately after the function is executed.

That’s it. Right now you should be able to implement any coroutine you imagine as you know all the tools for that. Of course, it will not be easy at first it would be good to get some experience with the coroutines.

When looking into the coroutines you will definitely feel (or should feel) that this is not something you want to write as your daily work and you are right! In the future standard library will come with predefined sets of implemented Awaitables, and coroutine types. Once C++20 comes out, yourself and your friend the pleasure and use cppcoro instead writing your own implementations.